Migration of animals in Africa. Thanks to Positive news and stories out of Kenya

The spectacular migration of wildebeests and other animals from Serengeti plains in Tanzania to the Mara River is considered one of the new Seven Wonders of the World.
For centuries tourists have been drawn to safari in Kenya with it's colourful and exotic tribes, spectacular natural scenery and large wildlife including elephant, hippos, lions and giraffe.
'Kenya comprises of wildlife, culture and the cradle of mankind – a natural paradise and land of contrasts, with world famous national parks like the Masai Mara, Samburu, Amboseli, Tsavo and Mt Kenya.' Bench International African travel experts for over 40 years
Lodges and camps in the national parks are bursting at the seams with guests at the time of the migration.
Sir Richard Branson's newest retreat opens this August in Kenya Mahali Mzuri coinciding with the start of the great migration. Branson has a long love affair with Kenya, and in 2007 was even made a tribal Maasai elder. Branson has ensured the local communities have played a play a part in the development of the 12 sleeper tent property that caters for just 24 people at one time.


The Great Migration follows a predictable route, but the exact timing varies each year and depends on the start of the dry season. The rains usually end in May forcing 2 million animals to move west on the start of their great migration. 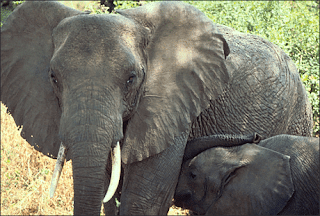 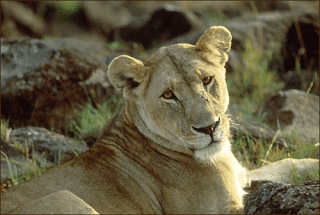